If you are interested in visiting Australia and are also a fan of horse racing, you should schedule your next trip to coincide with the Sydney Autumn Racing Carnival. This is one of the most popular racing events in the country, and will give you an opportunity to personally experience some of the most exciting racing in the industry. 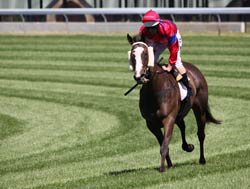 When is it held?

The carnival is often held in Sydney, normally between March and April each year. The carnival usually goes on for six weeks, which means that you don’t have to work with very tight schedules if you are interested in taking part in it as a spectator. Most of the races are usually held in either the Royal Randwick racecourse or the Rosehill Gardens racecourse.

What are some of the special races you should look forward to?

Generally speaking, all of the races that occur during the carnival are usually very appealing to equestrian enthusiasts, since they all involve thoroughbreds. However, there are a few notable ones that tend to stand out from the rest. These include the Golden Slipper Stakes. This has the distinction of being the richest horse race for horses that are two years old. The other ones of note include the Australian Derby, the Doncaster Handicap and the Sydney Cup.

The vast majority of people who like watching horse racing usually also want to gamble as well. Fortunately, this is easy to do at this carnival. The easiest way to find the bookkeepers would be online, but you can also find them at the racing grounds as well. The bets involved at the Sydney Carnival are usually very attractive, which draws a lot of people to them. 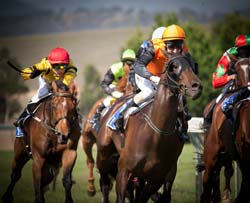 If you are interested in visiting Sydney for the races, it would be important for you to find out the specific dates of the races to help you get the timing right.

In addition to that, you should also consider renting a van or minibus to take you around especially if you are going to attend the festival in a group. Considering that you may be interested in some of the other many attractions around Sydney, hiring such vehicles will make it easier for you to both attend the carnival and indulge in some of the other tourist attractions with increased ease. This is mainly down to the fact that you will have more control over your itinerary!

Shop At The Crown Street In Surry Hills
Scroll to top