Travelling to Australia to Catch the Sydney Cup?

Are you thinking of visiting Australia just to catch the Sydney Cup? This is a one-of-a-kind race that will surely make your travel to this city worth remembering. It is part of the Sydney Autumn Racing Carnival which holds a bunch of the most exciting races in the industry. You will be delighted to know about the race and what is in store for you! 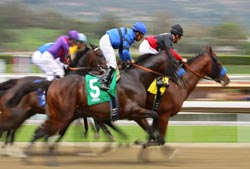 What is the Sydney Cup all about?

Inaugurated in 1862 as Jockey Club Handicap, the Sydney Cup is one of the most sought-after horse races in Australia. It is held during the Autumn Carnival in the city and is considered the longest-running race at Randwick Racecourse with a racing distance of 3,200 metres or about two miles. What makes it even more interesting is not the prize money but the fact that participants for the race are handicapped thus categorising it as a Group 1 open handicap race.

What’s in store for viewers in the Sydney Cup race?

Viewers like you have the chance to get your fair share of being part of the annual Sydney Cup. As one, you may be attracted to place a bet on a crowd favourite or someone who you think will have the most advantage in winning the race. In the past years, popular names of classy gallopers such as Count Chivas, Tie the Knot and Makybe Diva won the race for the years 1996, 1998-1999 and 2004 respectively. Other horse racers made a name for themselves too so it would be best to check the best ones if you plan to place a bet and win on it. Bookkeepers can help facilitate your bets – choose from those on the ground on the day of the race or those that can be found online.

Planning your trip to catch the race

Describing the Sydney Cup alone will lead you to a great imagination of what the race is all about. It will fire up your curiosity and will surely delight you to plan a trip just to catch the race. The best way to start with is to check the schedule online. Usually, since it is part of the Sydney Autumn Racing Carnival, expect that it will be held anywhere in between March and April of every year. Planning ahead will assure that you will be able to visit the place just in time for the next race. 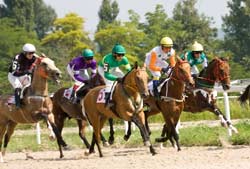 Looking forward to the race

As of the writing date of this post, you still have around seven to eight months before the next Sydney Cup race. You may look forward to the event from now and make the necessary preparations. Book for your plane ticket and hotel accommodation making sure that it matches the scheduled date for the activity. Of course, you may include the entire Sydney Autumn Racing Carnival in your itinerary.

Above all, you must consider hiring the services of a mini bus or coach rental provider. You can use their services much to your advantage. Apart from helping you catch the Sydney Cup on time, these services can also bring you to the other well-renowned tourist destinations in the city.

Top Reasons Why You Should Visit Coogee Beach
Scroll to top