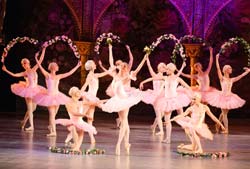 The Royal Sydney Easter Show is the largest annual event in all of Australia drawing a crowd in excess of 900,000 people, and the sixth largest annual event in the world. The annual Easter show explores Australia’s roots in rural culture and living, all the way through today’s modern urban lifestyle. Everyone that attends will have their own personal and unique experience. The Royal Sydney Easter Show, where the city meets the country.

People come from all over Australia to participate in the Sydney Easter Show. Everything that is Australia will be represented from fabulous shopping, incredible dining, agricultural competitions, animal experiences, a full blown carnival, a myriad of entertainment options, and more. The show has run every year since 1869, with only two interruptions, one in 1919 during the Spanish flu outbreak, and 1942 – 1946 when World War II halted the shows.

The first annual Royal Sydney Easter Show was held in 1823. Queen Victoria (183701901) granted The Show permission to use the word Royal in the title of the show. Today’s show is organized by a non-profit organization, the The Royal Agricultural Society of NSW (RAS). Last year the RAS raised over $7 million for agricultural programs throughout the NSW. Programs include rural development, agricultural programs, competitions, education, and youth programs.

This year the show will open on 26 March and run until 8 April 2015, it opens daily from 9:00 am until late. The Showgrounds are located within Sydney Olympic Park and are easily accessible by bus, train, or ferry. Sydney Executive Coach hire provides shuttle service, or private coach hire for groups of four and more. We can provide airport transfer to your hotel if you are travelling into Sydney for a holiday.

The tradition of Showbags goes back as early as 1900. Originally given away as free promotional items, typically filled with sweets. By the 1920s companies could not longer afford to give away bags for free and began charging for the bags. In the 2014 show there were 336 different bags to choose from, containing items like food, trinkets, toys, and music. There are things for all tastes, ages, and budgets.

Through the years the show bags have evolved. Some of the oddest things included in showbags over the years are coal, and medical supplies such as laxatives. Toys began appearing in the 1950s, in the 1970s celebrity bags were all the rage, and then on into the 80s bags featuring Madonna and Michael Jackson were the bags of choice.

The showbags displays are not to be missed. They are a distinctly Australian tradition and fun for the whole family. Find your favorite bag in the famous Showbag Pavillion.

For the thrill seeker in all of us there is a fabulous carnival featuring over 100 rides. A tall ferris wheel with awesome city views, rides that will test your ability to keep down the array of carnival food like the Crazy Spinning Coaster, rides that will pump the adrenaline through your entire body like the Extreme. An array of games that will put your hand eye coordination to the test, and of course a kids carnival with rides for the whole family like a traditional carousel, giant slide, and the gnarly wave swinger.

There will be a full nursery filled with barnyard babies to pet, feed, and cuddle with. Some of the most popular exhibits are the chicken hatchery and the duckling slide. Many of the animals are accompanied by explainers who will teach children about the animals. Touch the fleece of a freshly shorn sheep. Check out award winning animals of all types. Newborn lambs, clydesdale stallions, Brahman bulls, and more.

The center of show over 1000 equestrian events take place such as, horses, pairs, jumping, rodeo riders, and driving. The massive draw of the RAS makes competition fierce in all categories. Only the best of the best will win at a show of this caliber.

Since the 1900s there have been competitions for arts & crafts. Initially these contests were open for women and focused on things like scones, and cakes. In later years the contests have opened up to men and include a much wider range of handmade goods. Classic crafts such as spinning, weaving, and dyeing of wool, woodwork, leatherwork, enamelling, lace making, embroidery, toy making and patchwork are all available so that these classic arts stay alive.

Alongside the craft section of the show is a full Art Show complete with classes teaching mediums such as Life, Watercolour, Figurative painting, ceramics, sculpture, photography, silverwork, and ceramics.

From humble rural roots to the big city, the Sydney Royal Easter Show provides a bridge from the country to the city. Keeping the art of country living alive and well within the city center.

Children are full of questions. Why is the sky blue? Where does food come from? The Sydney Royal Easter Show is a great place for children to learn where food comes from. They can learn all about the growth process for both animals, fruits, and vegetables. There are activities to dig in the dirt and plant a seed, sheer a sheep, or even milk a cow. A Junior Farm Handbook will be provided to assist and there is a number of friendly staff available to answer questions.

Whether a family group or a school educational trip the Royal Easter Show has many things to learn, and is ideal from introducing the country to the city.

Adventures by Air or by Sea
Scroll to top