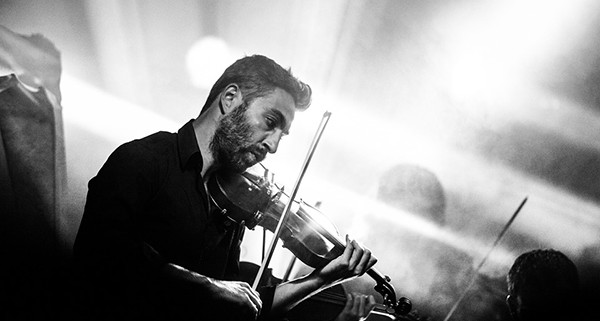 Attending any event at the Sydney Opera house is a special occasion but there are some events that are truly spectacular.

This iconic venue is not only is one of the most desirable locations, but also produces some of the finest music and performances in the world today.

Here are some of the top events coming up at the Opera House during July and August.

Whether you live in Sydney, or are just visiting, our affordable mini bus hire services can make it really easy for you and a group of friends to attend any of these great performances.

Ross Edwards is one of Australia’s preeminent composers, whose highly original dancing and chanting style, brings an almost a spiritual and hypnotic element to a concert hall. This is a performance of his new concerto especially composed for Australian Saxophonist Amy Dickson and Scottish percussionist Colin Currie.

The program is paired with Mahler’s Symphony No. 4 which is quite apt as this piece also has it’s own dance qualities.

Sequenza Italiana brings the return of Giovanni Sollima the maverick cellist and composer to the Sydney Opera House. He will perform five centuries of Italian music, ably joined by soloists from the ACO.

Although Giovanni is Sicilian, his love of Neapolitan style music flows in a captivating rendition of Leo’s third Cello concerto. He will also perform Fecit Neap 17 one of his own compositions.

At Last – The Etta James Story

This highly acclaimed show had it’s world premier in 2013 and has since played to packed houses across Australia and New Zealand ever since.

Starring the sensational Vika Bull, the show tells the life story of the legendary Etta James. Featuring some of her best known song; Tell Mama, Something’s Got A Hold On Me, Sugar On The Floor and I’d Rather Go Blind.

Vika puts together a stupendous performance and is accompanied by some of Australia’s finest and soulful musicians.

A special one hour performance that promises to bring mesmerising performances from western and eastern traditions where music, beauty, history and emotions all combine to create an unforgettable performance.

Lili Liu’s piano repertoire will feature a collaboration with guest performer Master Pangeng Shen who is adept playing the Er-hu which is a Chinese traditional instrument,

As the 7th August celebrates Chinese Valentine’s Day then couples will receive a special gift bag to take home.

Performing musical brilliance together with humerous adaptations with Nick Hornby and his breakout trio it proves to be a highly entertaining double performance.

His long flirtation with classical music culminated in his last album Concerto for Piano and Orchestra.

These are just some of the highly entertaining events and concerts taking place during July and August, there are many others to keep you entertained.

Getting to any of these great events is made very easy with professional low-cost coach charter services in Sydney from Executive Coach Charter.

For more information and to make your booking, contact our friendly team today!

National Parks In And Around Sydney
Scroll to top